I spent this weekend trying to get caught up on my knitting. I can’t show your the sweater right now because I am having a lot of angst about it. I was trying to kitchener together some 2x2 rib, and I don’t want to talk about it. I’m also still a bit worried that the arms are too long and/or the body is too short. These are all solvable problems, but I have a lot of other things on my mind right now. For example, the customer service rep who is allegedly handling my insurance claim for the damage to my gate has not confirmed receipt of the two estimates for having my gate repaired.

Meanwhile, I spent the better part of yesterday knitting up some swatches. 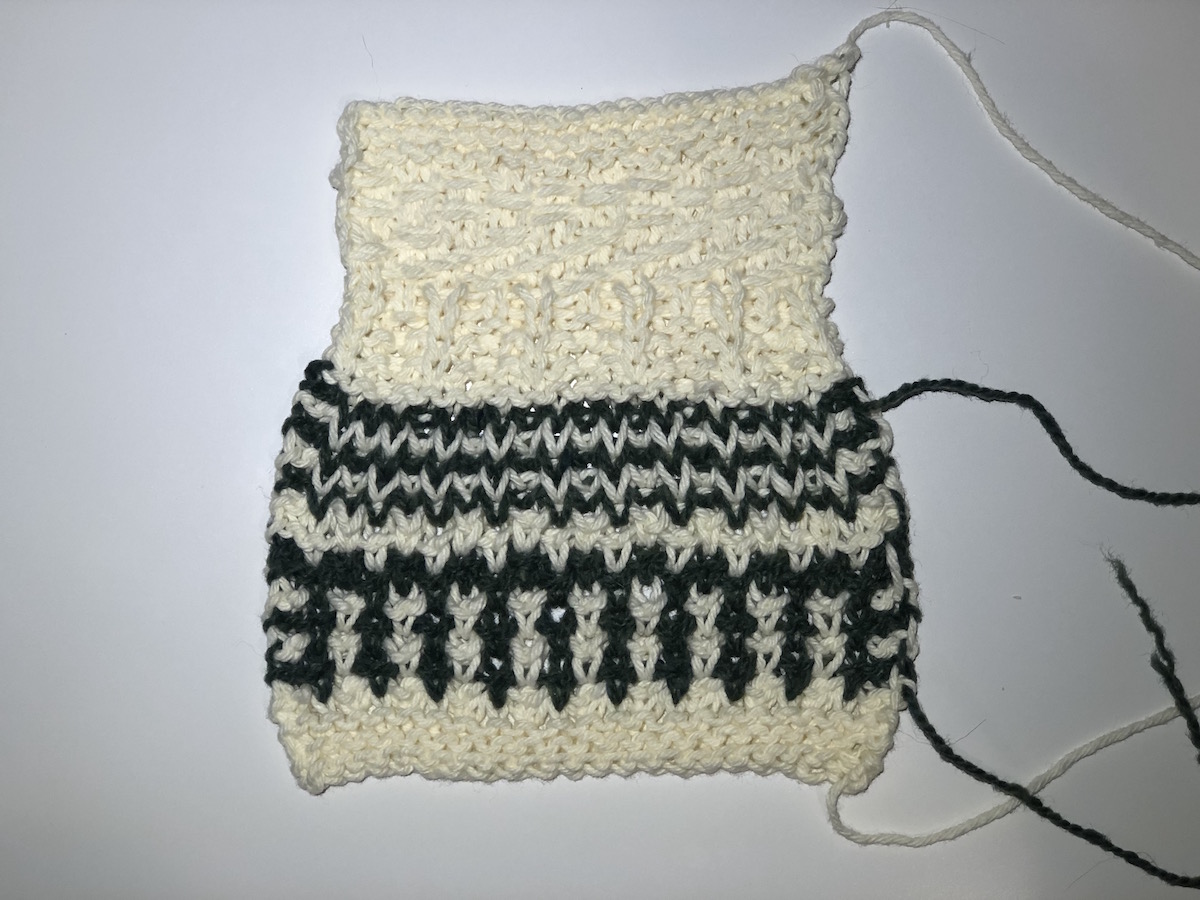 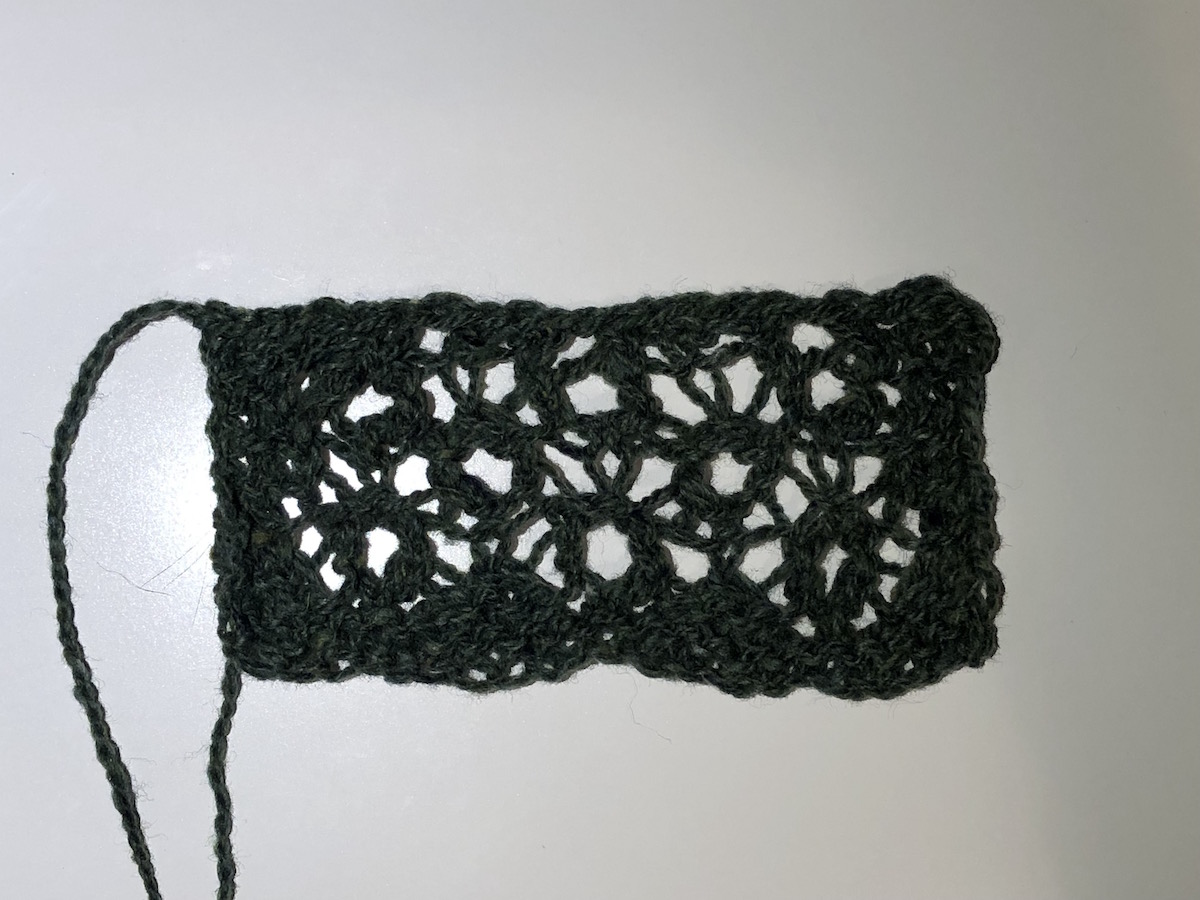 My goal is to find some sort of stitch that I can do mindlessly while doing other stuff and then use it to make scarves of some sort out of all the yarn that I impulse-bought but that I don’t have enough of to make anything big out of. I’ve previously tried to make things out of an assortment of various yarns. It never goes well, and the finished object usually ends up in the trash.

The ring-lace stitch isn’t a good choice for mindless because I have a really hard time keeping track of where I am in that pattern. I feel like I would need to have a stitch marker every six stitches in order to have any hope of making anything at all with that stitch. I will note that I have tried this lace pattern many different times over the years, and this is the first time that it was not a total fail. The secret is to use a normal needle size and don’t think that going up a needle size is going to help. Also I tugged on it really hard (in the vertical direction), which made the holes much better defined.

You can’t really see all the things that I tried on the other swatch (btw, I used a US 5 needle for everything there; the stitches really are that different in size). Near the top I have some variations on linen stitch that probably fall under the umbrella of twill stitch. These aren’t mindless either because you need to keep track of where you are, and there is too much purling.

Sort of in the middle are some variants on the cartridge belt rib stitch. Much better because there is no purling.

The stripey one in the middle is brioche stitch, but done back-and-forth instead of sliding it to the other end of the needle. The vertical striped one near the bottom is a slight variation on brioche stitch where you slip the same stitches in both directions after you change colors.

Depending what happens in terms of this whole “return to the office” nonsense, I might also need to knit myself something to keep me warm while at work. The current office has a terrible HVAC system where it is always too cold somewhere in the building – and I usually have to be in that particular somewhere. We have too many people to go back to the old office, so we are getting a new office in December. However, no word yet on how cold it is in the new office. Thus, I am holding off on buying new yarn and trying to knit my way through the backlog.