The yarn store has been sending me email. The message is: You bought a sweater’s worth of yarn about seven months ago and haven’t bought any yarn since then. Aren’t you done with that sweater by now? Shouldn’t you be buying more yarn? This reminds me of when I was in grad school and people would ask me how my dissertation was going. Actually, this is much better than grad school because the sweater is actually coming together pretty well, and a certain professor will not be examining every single stitch and making lots of critical comments.

I’m making the Botanical Yoke Pullover from Purl Soho. I wasn’t particularly happy with the way that the neckline looks on the model in the pattern photo, so I also added some short rows following a pattern for a totally different sweater. 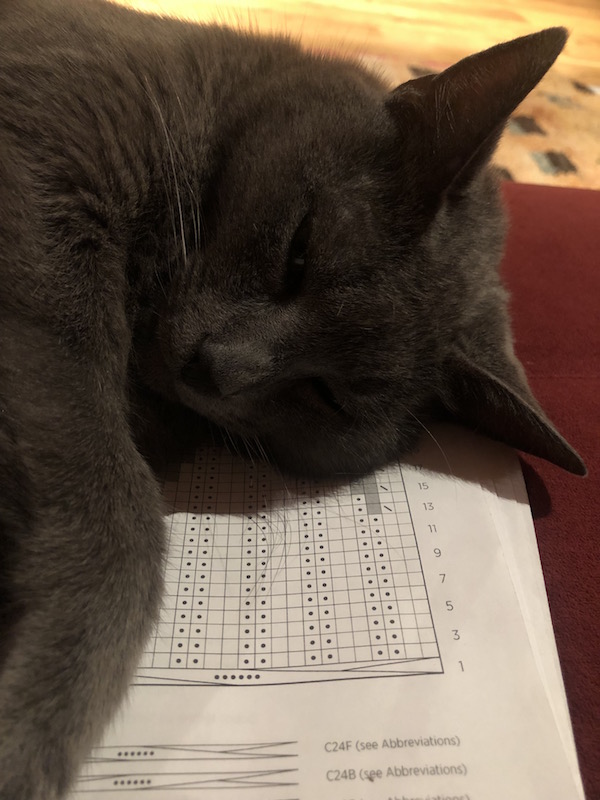