The knitting machine had thought that this was going to be its weekend to shine. I had all sorts of plans queued up to follow-up on my two-color brioche knitting as well as a sweater pattern that is mostly rectangles. But then Line-us arrived.

Line-us is a little robot that holds a pen and draws with it.

Of course, you need to tell Line-us what to draw. Line-us uses a language that is also used by a lot of CNC machines. You can send the pen to a particular (x, y, z) point within its reach, and then you send it to the next point and so on and so forth. 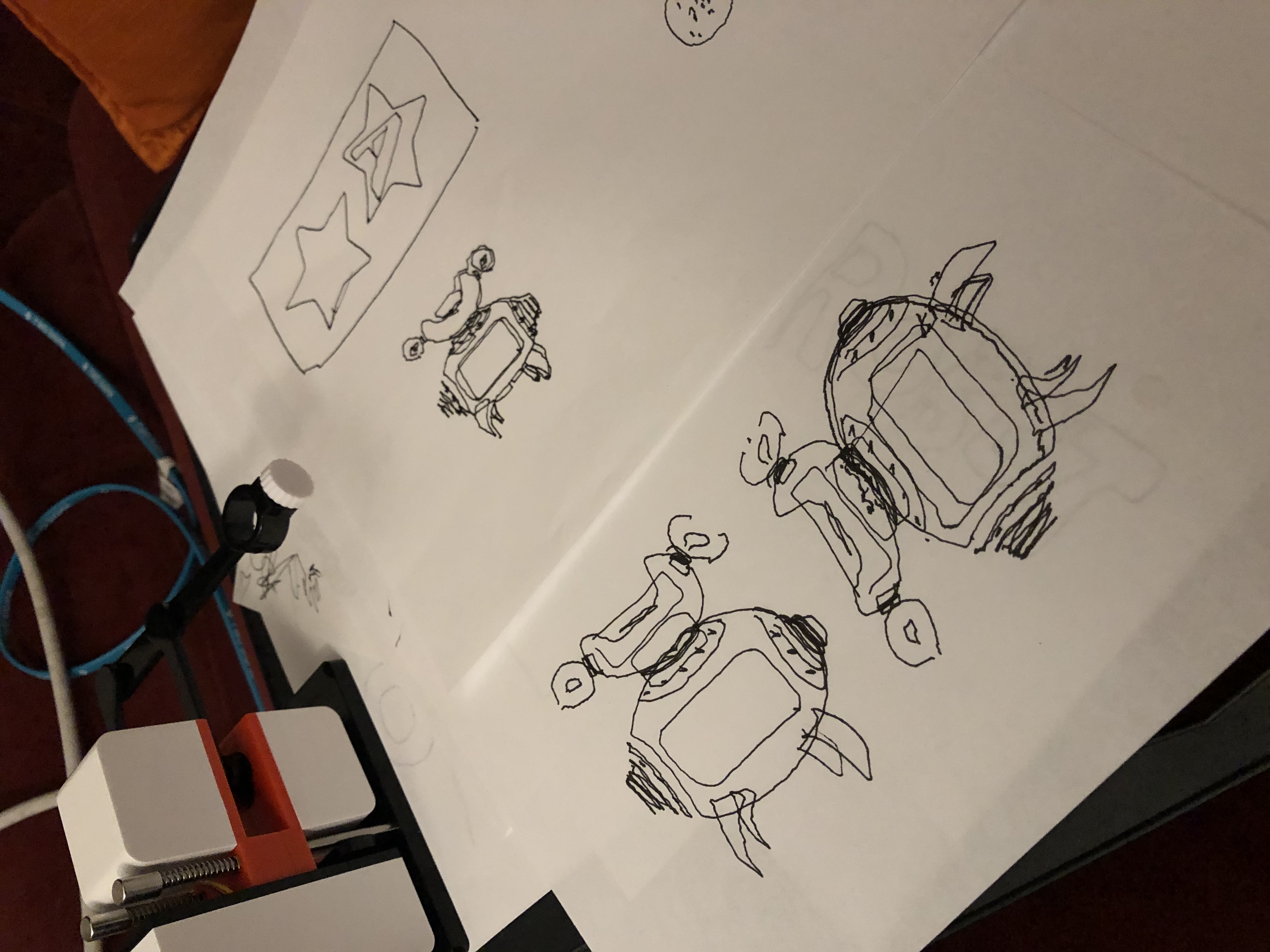 While this is a delightfully simple file format, it’s not something that you are going to write by hand. Fortunately, there is an Inkscape extension that lets you convert Inkscape paths to robot instructions. Unfortunately, it does not work with the current version of Inkscape. Now I have two versions of Inkscape installed on my computer so that I can use various features that are only in one or the other but not both and sling svg files between them. Also I spent far too much of Saturday trying to rewrite the extension that works with Inkscape 0.92 to see if I could get it to work with Inkscape 1.0. Despite not actually knowing Python, I was able to get it to minimally communicate with the robot but not to actually do anything useful.

I will take this opportnity to mention that the knitting machine hacking software is also written in Python. You would think that this would motivate me to learn Python so that I could talk to all my machines in their prefered language. But, no, I can not motivate myself to learn Python.

But as I do have a short attention span and flit about from project to project, I will take a moment to say WHY DIDN’T ANYONE TELL ME ABOUT BOBBIN LACE? Also, once it is safe to go to conferences again, what do I need to do in order to meet Veronika Irvine? In my exploration of Inkscape extensions, I discovered one that makes the most amazing patterns for bobbin lace. And it describes the math well enough that I might be able to steal some of its ideas for cool circular knitting.